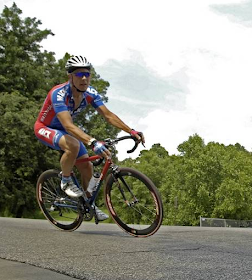 Illinois Bicyclists Have Same Rights As Drivers Of Motor Vehicles

With the start of a new year, Illinois bicyclists will find themselves with greater protection under the Illinois Rules of the Road. Starting January 1, 2017, Illinois law clearly states that bicyclists receive the same rights to the "right-of-way" as drivers of motor vehicles. This law is known as "Dennis' Law" after fallen Illinois bicyclist Dennis Jurs.

Before Dennis' Law went into effect, there was a conflict in Illinois bicycle laws as to whether a bicycle was considered a “vehicle” under Illinois law and received the same "right" to the right of way as a motor vehicle. Some appellate court cases said that a bicycle did not count as a "vehicle." Since the prior right-of-way laws in Illinois referenced “vehicles” there was an issue as to whether the right-of-way laws equally applied to bicyclists on the roads in Illinois.

The change provided by "Dennis' Law" to Illinois bicycle law makes the Illinois Rules of the Road absolutely clear that bicycles are, in fact, “vehicles” as defined in the Illinois Vehicle Code. This change to the bike laws means that drivers of motor vehicles must provide the right-of-way to bicycles. This is an important development because it will also require police officers, judges, the insurance industry and attorneys to consider the absolute rights of Illinois bicyclists. No longer can any conflict or confusion in old Illinois laws be used against bicyclists.

In October of 2015 a Kane County judge dismissed a traffic citation against a motorist for failing to yield the right-of-way to an oncoming bicyclist. The judge ruled that the right-of-way laws in the Illinois Vehicle Code did not apply to bicyclists. The traffic ticket was from the fatal May 18, 2015 collision between the motorist and Dennis E. Jurs of Hampshire. This collision resulted in the death of Mr. Jurs. The judge cited non-traffic related cases that held that a bicycle was not a “vehicle” under certain legal definitions. The judge, relying on old laws, dismissed the charges against the motorist involved in the fatal collision. 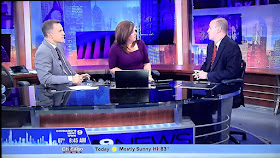 The family of Dennis E. Jurs brought the issue of this lack of clarity in the law to the attention of Illinois State Representative Anna Moeller of Elgin. Attorney Michael S. Keating of Keating Law Offices in Chicago, Illinois, who represented the Estate of Dennis E. Jurs in the civil case related to the crash along with attorney F. John Steffen of Steffen & Kelly, P.C. in Elgin, Illinois, drafted the legislation and worked with lobbyists and legislators on the language of the law. State Representative Moeller sponsored “Dennis’ Law” which quickly passed through both the Illinois House of Representative and the Illinois State Senate before being signed into law by Governor Rauner in August. Dennis' Law has been the subject of a great deal of attention in the media for the positive effect it will have on Illinois bicyclists.

Dennis' Law Honors The Life And Legacy Of Dennis Jurs

Mr. Jurs was a United States Army veteran who served in Vietnam where he was injured by a land mine. Mr. Jurs was very active in the cycling scene in Illinois. Dennis Jurs took up cycling at 30 years of age as a way to rehabilitate the leg injuries he suffered in Vietnam. Mr. Jurs was a member of the Illinois-based bicycle racing team, Team MACK, and was an organizer for years of the well-known Four Bridges Bicycle Race in Elgin, Illinois. Dennis E. Jurs was an extremely experienced 68-years old bicycle rider at the time of his death and he embodied the excitement and joy that bicycling provides. Mr. Jurs is survived by his wife and two daughters who continue to honor the life and legacy of Dennis Jurs.
Mike Keating at Tuesday, January 03, 2017
Share
‹
›
Home
View web version